Snowy egret has a friend 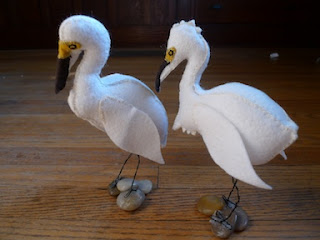 I finally finished the second snowy egret for the charter school display. 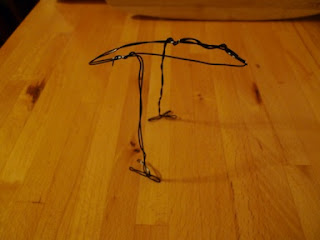 This one has an actual armature, which makes him a lot more sturdy. It was sewn into him as I added the belly piece. (Which was a bit annoying.) 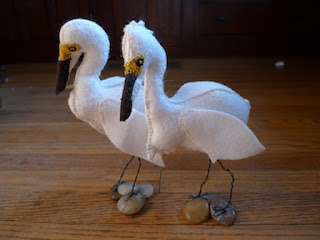 The new guy (gal? on left) isn't displaying his mating plumage. Just a regular snowy egret. I used the same pattern, but tilted his tail downward, which meant I needed to create an entirely new back piece and underside piece.

Okay, so it's practically a whole new pattern. Which I hope to post at some point.

I'd hoped to make one bending down into the water, or doing something cool, but I couldn't face creating another pattern from scratch last week—too much else going on. 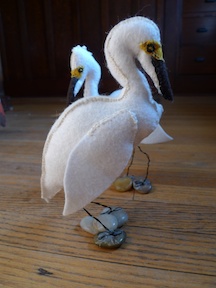 The feet have the same glue issue, but at least the base is sturdy. The mask is slightly better, but I didn't think the bill was as successful. 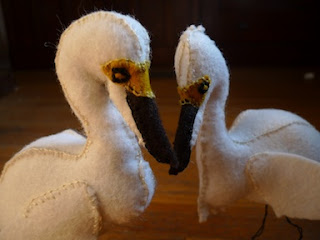 Traveling companions.
Posted by bug at 8:57 AM