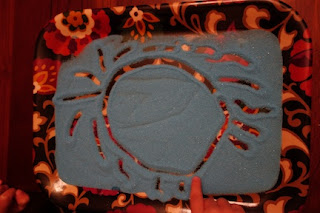 Starboy has been expressing an interest in letter names and how they are formed. He is hesitant to learn how to write the letters; I think he is worried that they will not be formed as perfectly as what mama makes. 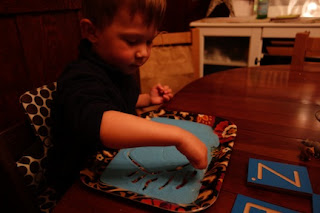 So I created a chance for him to make some imperfect letters, using fine colored sand. (Michaels, $1.99)
I brought out some Montessori letters for him to copy, but that lasted about two minutes, and then he just started drawing. 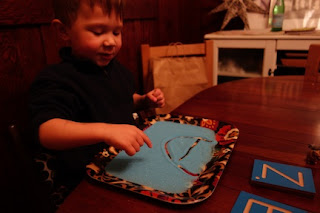 He had a blast with it. I think this one will come out frequently.
Posted by bug at 2:06 PM