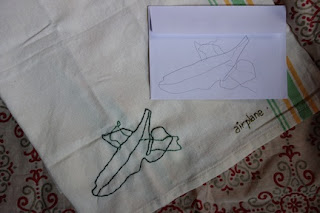 Starboy is making the leap into representational artwork, which happens for kids anywhere between three and five years old. He drew an airplane on the back of an envelope that blew us away. 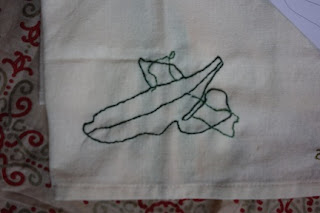 I used his light table to trace it onto a tea towel (from Joann) with a pencil, then embroider it one evening. According to Starboy, the pilot drives from the right side and the left side is the tail, but we prefer to believe he is a genius at perspective and it's the other way around.  I also added a tiny name and date in one corner so we can remember when he created the airplane! 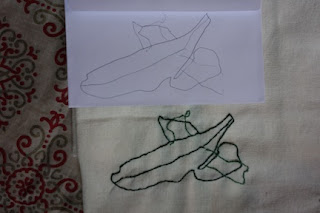 This is going to be a late Christmas gift for Starboy's aunt and uncle, who have everything they want and need nothing. But who doesn't need another tea towel?
Posted by bug at 3:52 PM