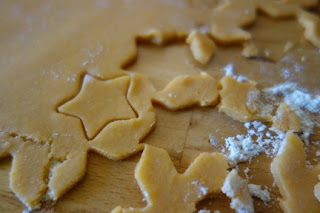 Techman and I both have a weakness for Cheez-Its, but I try not to buy them because they are utter junk. And I will eat half the box on the way home.


But Smitten Kitchen has a dandy recipe for homemade fish crackers that taste just like Cheez-Its—only better. Just flour, cheese, butter, and a little seasoning. The only real work is in the shape-cutting. 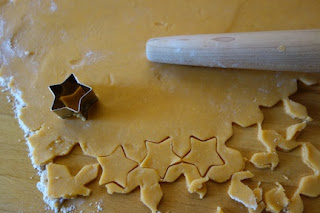 For New Year's, I made cheddar stars. As the appetizer for cheese fondue. And ice cream for dessert.

It was a dairy good sendoff to 2012 in our little bungalow. Right up Starboy's alley. 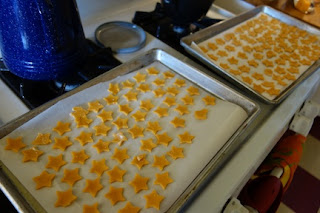 The recipe filled two jelly roll baking sheets. I re-rolled the dough twice, and it didn't seem to get too overworked. 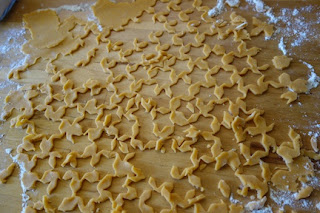 That's a lot of 1" stars. Until you start eating them. Then it's not so many. 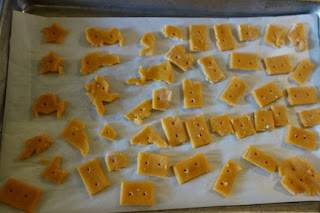 At some point I got tired of cutting out stars, and baked the large scraps and a bunch of rectangles. 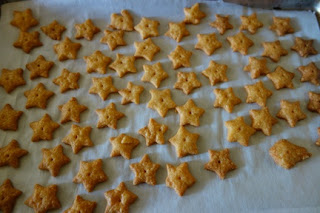 They toast up purty. 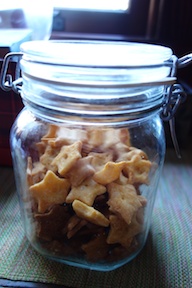 These won't last on the counter for long, and would make a great gift. They do seem a bit soggy on the second day, but a few minutes in a warm oven should crisp them right up.
Posted by bug at 10:42 AM