I held a wee Valentine's gathering at our place last week for some of Starboy's pals. It was supposed to be a park playdate, but we had rain most of Monday, and between that, the cold front, and the month-long series of colds that Starboy and I have been fighting or recovering from, I decided to bring the whole shebang indoors. 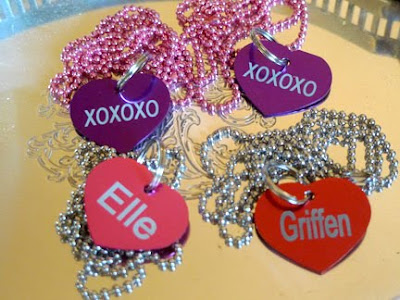 The guests each received a personalized Valentine's necklace, from GoTags (hey, they are a dollar cheaper this week than last week! Argh.). This was pretty tricky in the "I don't want to commit with an early R.s.v.p." culture of L.A., combined with the "I have no idea when my kid will nap today" culture of mommyhood. GoTags was great with a quick turnaround when I needed to add a few more necklaces as I continually updated the guest list. I'd recommend ordering a couple of extra "generic" tags for those last-minute adds, like something that says "I love you" rather than a name. I didn't do this, so one child didn't have a necklace to wear at the party, which luckily seemed to go unnoticed since she's only two. Hostess FAIL. 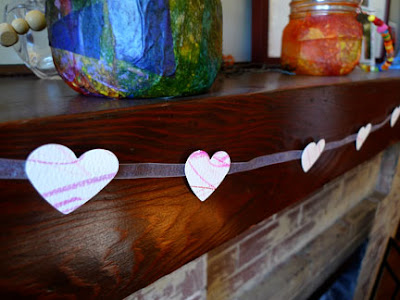 Last year we made wooden heart necklaces, which I have to say I prefer, since they are more natural. I used large heard beads from Casey's Wood Products, with a couple of other wooden beads and some twine.
But I figured that once the novelty wears off, they make great tags for a backpack or lunch bag. Though mostly I saw that the mommies enjoyed wearing them. 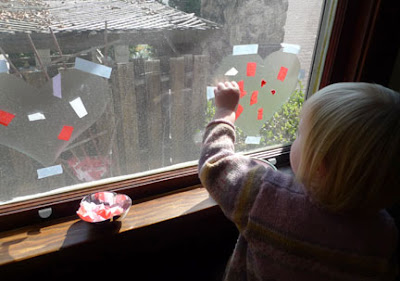 I offered two crafts: The stained glass heart craft, and a garland using heart-shaped craft punches with baker's twine. Of the seven kids, about three or four of them worked on hearts and only one finished (the others took theirs home to finish, and Starboy's is still on the window, halfway-completed). Only one mommy wanted to make a garland, and one girl was interested in threading the string through the hearts with a needle. 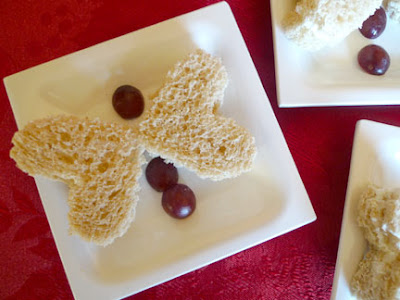 The mommies brought some delicious potluck fare: raw milk cheese with crackers, quinoa salad, munchies, delicious cookies and treats. The kids had butterfly tea sandwiches with heart wings (cream cheese sandwiches, and I even forgot to put the jelly on them. No one seemed to notice.). 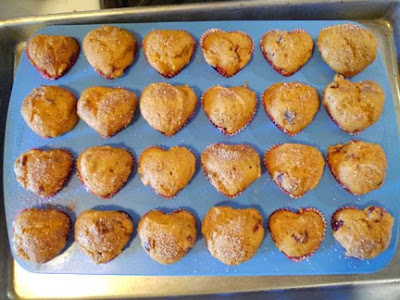 We also had heart-shaped pumpkin muffins using a reliable recipe adapted from Smitten Kitchen, who adapted it from a Wisconsin American club, who adapted it from Gourmet Magazine. Did you follow all that? No matter. Just add some dried cranberries to the original recipe and if baking the mini size, it's 350˚ for about 17 mins. These are basically cupcakes with some pumpkin in them, and they are delicious. 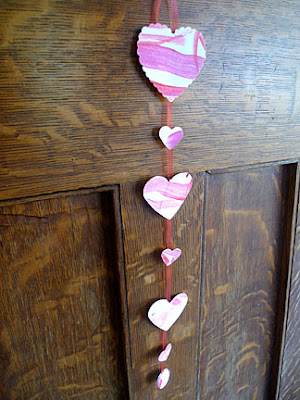 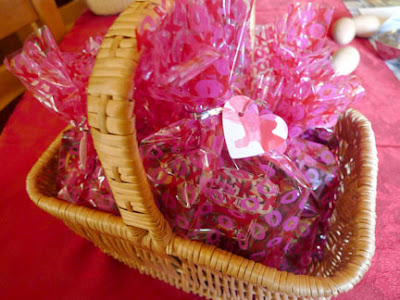 After everyone partied until he hit the wall and was beyond nap time, he tantrumed home with the distraction of a favor bag. 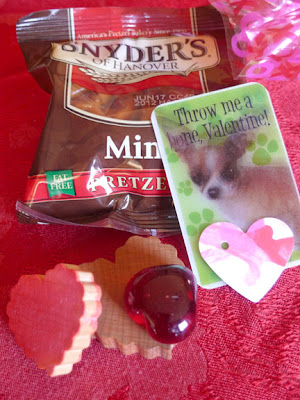 The favor bags included a handmade tag from the paper garland project, a bag of pretzels, a reticulated Valentine with a doggie or kitty picture, a magical red glass heart and some of Starboy's heart-shaped cookies and candies for the play kitchen. I'm not sure if the mommies knew what they were for, as none of the thank-you notes mentioned them! Funny. 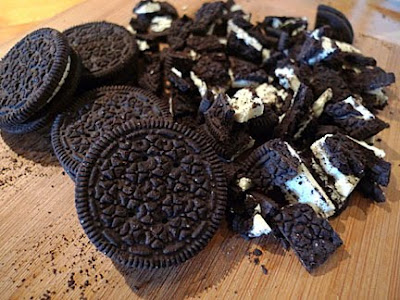 Best of all, in the evening, Techman came home with beautiful roses and the fixin's for chocolate fondue with raspberries and strawberries. We'll save my homemade cookies and cream ice cream for another night! It was a lovely day to both celebrate and be celebrated!
Pin It
Posted by bug at 9:58 AM