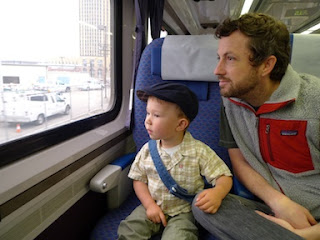 Venus* had long ago told us about this amazing train trip for preschoolers. She and her son Barclay* did it years ago with his preschool class. I surprised Techman and Starboy for a Family Father's Day adventure. 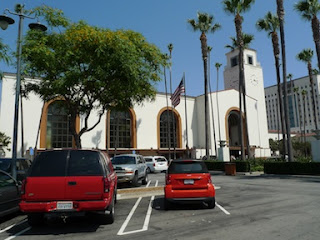 We left the stunning Union Station early in the morning. 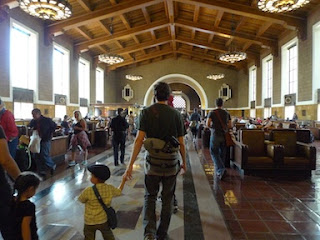 I always imagine what it would look like filled with travelers from the 1920s. 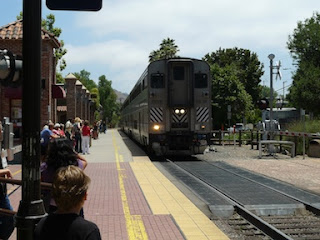 About an hour later we arrived at San Juan Capistrano to...... 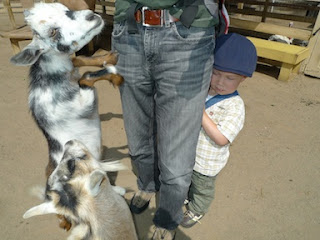 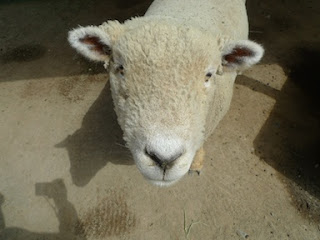 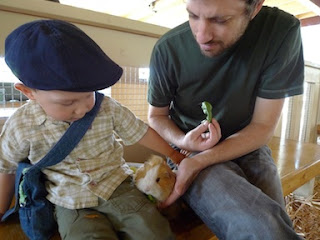 We got to feed the sheep, goats, guinea pigs, llamas, bunnies, turkeys, chickens and zedonks. 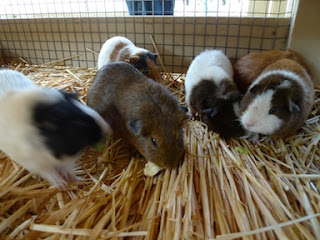 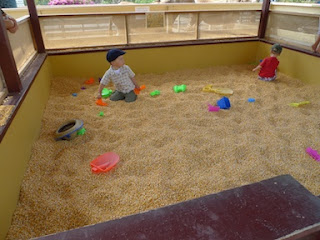 And they had a giant corn pit!

We had an amazing lunch nearby. It was beautiful, but we all gobbled it before taking any photos. Spicy gorgonzola shoestring fries, that's all I'll say on that topic. Based on one particular review on Yelp, I had actually intended to go somewhere else, but I confused my notes and we had a delicious experience there anyway. 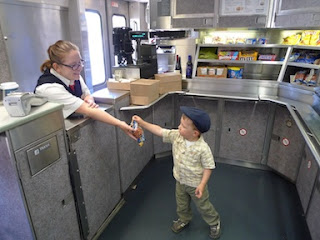 Starboy liked choosing snacks in the café car on the way home. 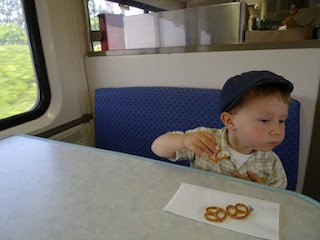 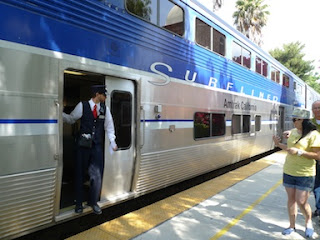 The trip was outstanding, though not wholly inexpensive. The train tickets are $20 for adults and $10 for kids, the petting zoo admission was about $8, lunch was a little fancy (look around for alternatives —there is a Ruby's diner within walking distance, for example), and then poor research on parking at Union Station led to a $15 parking tab. Yeowch. For a special occasion, though, it was a home run.


*Nearly everyone gets a code name to help with privacy.
Posted by bug at 5:23 PM

Email ThisBlogThis!Share to TwitterShare to FacebookShare to Pinterest
Labels: seasonal