A tiny fairy bunting banner is all the rage these days. While creating some bunting for Starboy's birthday party, I decided the fairies would feel left out if their space didn't have some celebration in it, too. 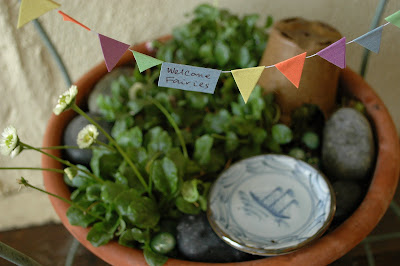 I first saw the idea on the spectacular We Bloom Here blog. She used red thread and paper, so simple! I wanted our fairies to have matching party bunting, however, and I didn't feel like wrestling with glue.

And, the sewing machine already was out and set up. 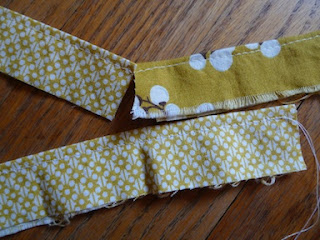 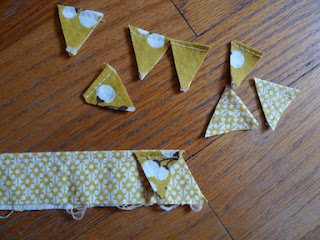 Then I cut the trips into triangles, using one "good" one as a stencil.

On my second try, I folded slightly taller scraps, then stitched along the top and the bottom, both. Along the bottom I had to sew two lines, to create a channel for the needle. When I cut the triangles out, there were hardly any scraps left, as the negative space from one triangle became a new triangle. This resulted in much quicker bunting-making. 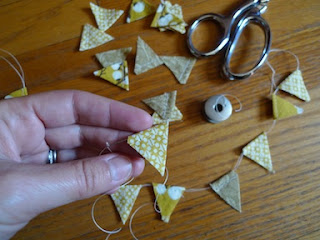 I used doubled thread (these will be used for a kids' party) on a needle and fed the triangles onto the line. Soup to nuts, I think this whole project took maybe 10 minutes. 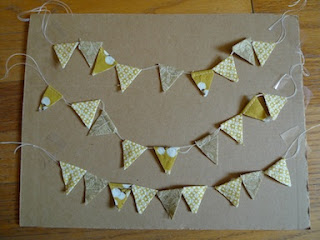 Garden happiness! These are taped to some cardboard so they don't get scrambled before we put them up for the party.
Posted by bug at 8:52 AM