For you crafty types who don't happen to have an old wooden pet kennel lying around, here are the dimensions of our imagination car. Roughly. I didn't build it, so you're on your own for a pattern, but I would think if you're handy you could figure one out with these photos. I would round up, rather than round down, for all measurements. 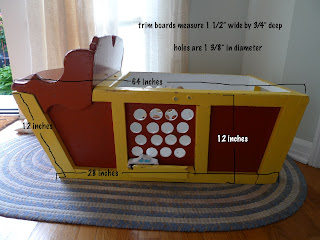 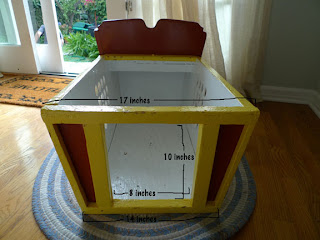 As you can see, the inside is one large space that extends under the seat. 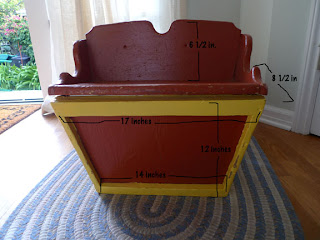 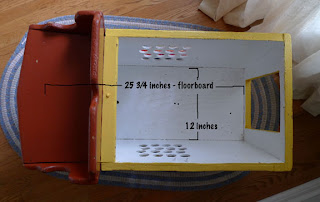 I would like to add two long, sturdy boards to go across the back that kids could sit or climb on. 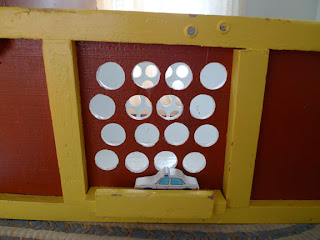 The side has a lip that looks like it used to allow for a window-cover. Starboy puts cars on the ledge. I don't know what those screws are about; I guess that is either an old repair or scrapwood originally was used. The screws stick out on the inside and present a scratching hazard, so if you can avoid this element of construction, it would be a good idea. 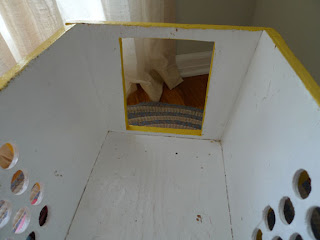 Yes, somehow preschoolers can fit through that hole. Sort of. 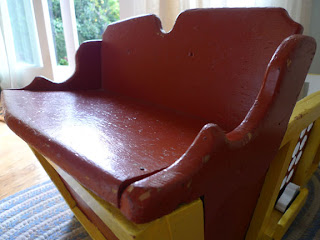 If you get some bright idea to hinge the seat, make sure you cut out below it so little fingers don't get squashed. But I don't recommend it; without being able to lift the car from the front end (because the seat would flip up), it would be really annoying to try to move around. 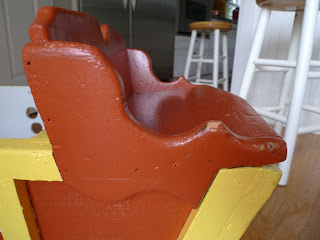 I can't advise on the detail here, except to say that the sides are two pieces butted together, that is, there is a straight horizontal seam in the middle. Which means the bottom piece could be the negative space, or the scrap, from cutting the top piece, but trimmed shorter.