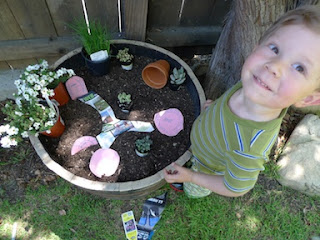 A work in progress! 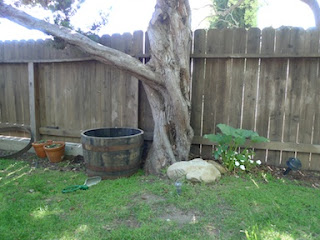 As you saw earlier, we first chose a location. We decided that the gnarly tree with the rock and the woodland plant would be perfect. I only cracked my head three times on that branch while setting the (smelly!) wine barrel in. 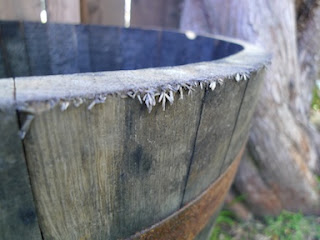 The barrel was rough around the edges. 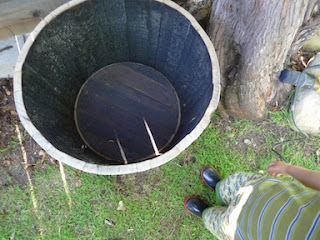 I also realized this gorgeous, wine-tight cask would also be...water tight. It needed some drainage. Luckily I realized this before the sanding, because none of Techman's batteries for the power drill were charged. So I put them on the charger, went to town on the barrel edges with the orbital sander, and snacked on pretzels and dried cranberries with Starboy. 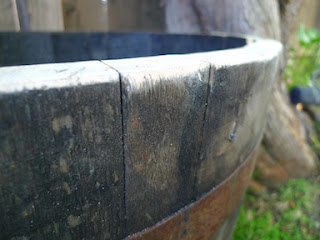 Sanding results were smooth and soft. 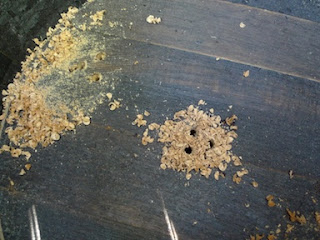 After the sanding process, the batteries finally had enough charge for nine  3/8" holes (the largest bit I could locate in Techman's tool set). 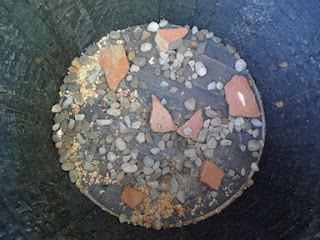 We added some broken pots and river rocks for drainage. We probably could have used bigger rocks. Then we added two full bags of organic soil. I recommend holding out several handfuls of soil to use for a garden path. 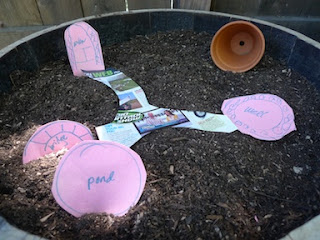 Starboy and I mapped out our plan for the arbor, the cave, the well, the pond and the bridge. 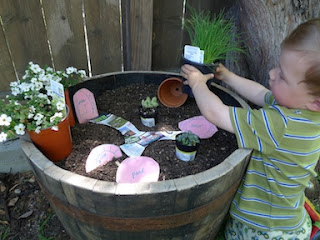 We made choices about where to place the plants. 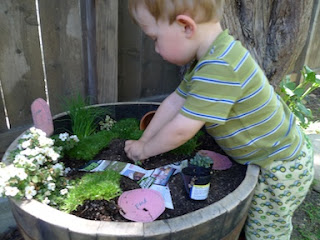 Starboy was very gentle with the plants as he planted them. 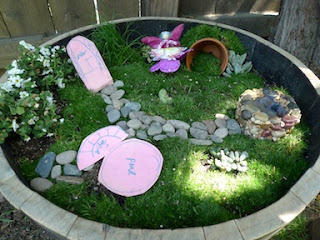 We used all of the one flat of moss I had bought. I'm glad I didn't get two! One was exactly enough. I had planned to place the path between the moss, but the moss was so tall, and a little hard to cut, and there was so much of it, I decided to lay the path on top of it. Hopefully the stones will settle in over time. You also can cut away the moss with a knife, then build the path up with a few handfuls of soil you held aside, and place the stones directly on the earth. This may look a little more realistic. 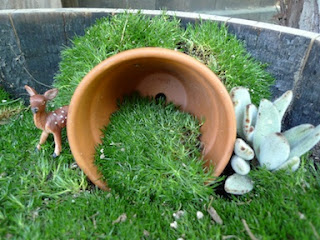 Starboy says that the fairies live in the cave. He was surprised to see that deer come to visit too. 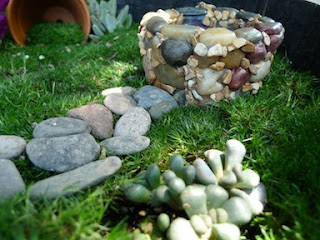 I'm delighted with the way the well fits in. I may never get around to making that roof! 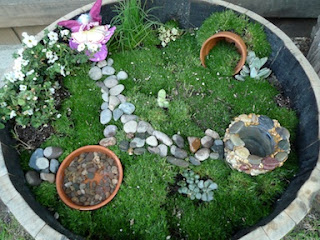 The arbor and bridge will be coming in the mail this week. Can't wait! 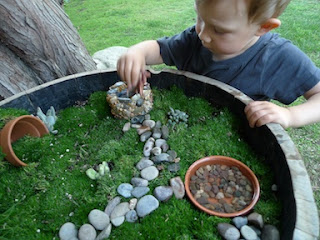 Starboy says the deer loves to go swimming in the pond and the well. 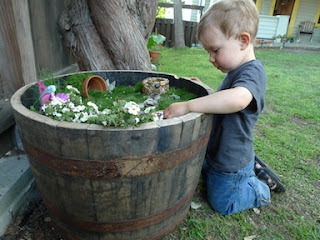 You can read more about building fairy gardens at The Magic Onions here and here. And you can enter the 2012 contest here!

Stay tuned for a few updates as we tweak our garden!