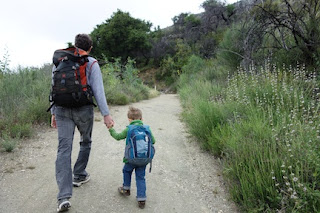 We'd hoped to see the renown Millard Canyon Falls, but it turned out the whole trail has been closed since the Station fire, for regrowth. After driving all that way, we tried the Brown Mountain fire road instead. Since it was cloudy and cool, it was a nice hike, save a buggy snack stop. 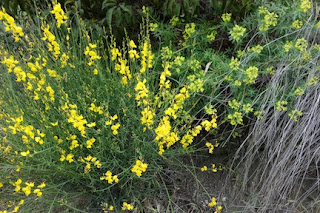 There was lots in bloom, despite a dry, la niña-ish year 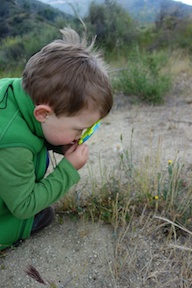 Starboy got a close look at things with his magnifying glass. It was all his idea, the hike, down to the suggested snack of apple slices with peanut butter. Eating them in the rain: Not his idea. But we naïvely thought that "20 percent chance" of rain meant...it might not rain. It turns out it meant that it would rain only about 20 percent as hard as in a real storm. 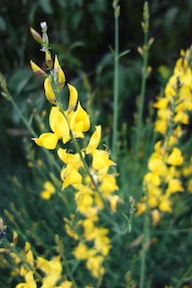 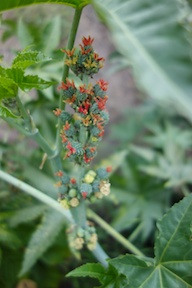