Our own Spaceman Spiff 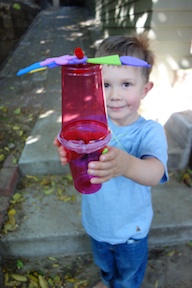 The jetpak propulsion tank design was Starboy's, offered in specific detail, with a few materials modifications from Mommy. It may or may not resemble the model given to us by meerkats. We'll never reveal those international trade secrets. 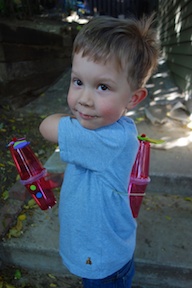 The tank apparently is water-powered. And diesel. 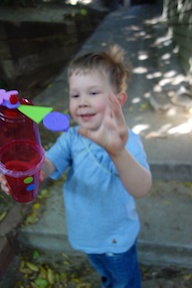 The propeller, which must be at the top, not the bottom, is what makes it go. 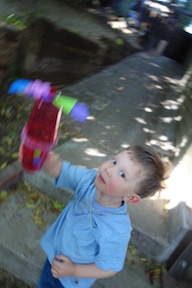 He's a meerkat astronaut. As if you didn't know. 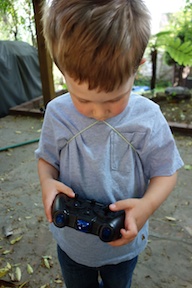 Starboy-the-meerkat-astronaut was genuinely disappointed when his jetpak would not fly him over the house. "Why isn't it going?!"

He demanded "real buttons" as a means of solution and troubleshooting. We have an old remote for this purpose (Techman's helicopter that goes with it is broken), but Starboy insisted that this obviously dysfunctional device was what was causing the flight issue. I suggested a change of venue. 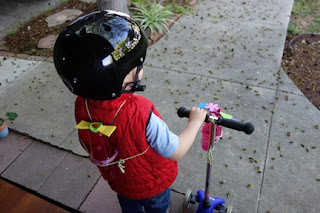 The meerkat astronaut put on his protective speed suit (which, curiously, was not made of space-age felt as previously described, but did meet the color qualifications described in the interview) and we installed an additional jetpak tank on his space vehicle.

Despite living a stone's throw from JPL, we honestly don't talk about space much at home, with the exception of the Space Shuttle, but even then, not in great detail. Not for any reason. Just hasn't really come up. During a visit to our storage locker, I mistakenly offered Starboy some Tintin books to look at on his own, forgetting about the stereotypes, racism, guns and other big-kid stuff that's the backbone of the series (ca. 1954). Ugh. We quietly disappeared them after an abridged reading, which had resulted in Starboy tearing around the house shouting "blistering blue barnacles!" like a maniac, at bedtime.

This must be his source of inspiration. I wonder if he'll remember the story when he sees it again....in sixth grade. 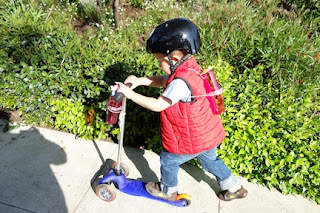 Look out, John Glenn. You're going to have to read books on the side, to keep up.
Posted by bug at 8:15 AM