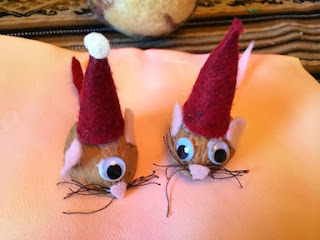 This is a craft I remember fondly from the third grade—I remember being delighted to make something so cute. We had pink ultrasuede for our tails then, fancy! Starboy and I just used felt.

He wanted his a one-eyed mouse. He's starting to enter that "humor" phase. Next stop: knock-knock jokes. 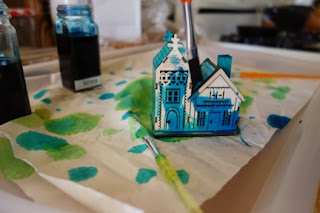 We were shopping recently in Crate and Barrel, and Starboy saw these wonderful little laser-cut house and church ornaments. They were beautiful and simple, and he insisted that they were unfinished and needed to be painted. We made a deal that he could keep one if he gave the other two as gifts. 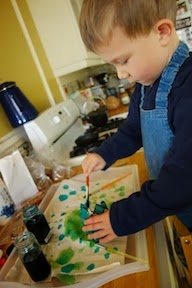 He just used liquid water colors (I limited the palette), and they turned out beautifully. In the next scene, he was playing with all three houses in the rice bin. I explained the deal we'd made to Techman, and he said flatly: "You got scammed."

Wednesday's book could have been Santa Mouse, but instead we read Ann Purnell's "Maple Syrup Season," which isn't even a Christmas book, and had pancakes with syrup for breakfast, which I forgot to photograph, although it was such an utter miracle that Starboy was eating spinach that I didn't want to disrupt the balance, either. We also read "Five Little Foxes and the Snow," about a Gramma who won't let the kids go out and play because it's too cold, but then she gives them mittens for Christmas and they have a ball in the snow. Cute story. 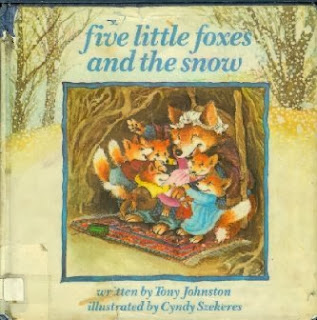 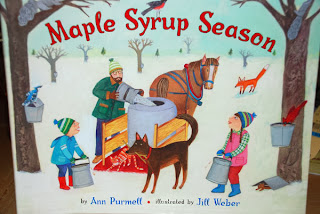