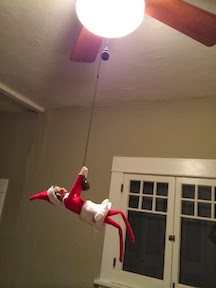 So today's surprises included the Elf on the Shelf dangling over the bed at wakeup, finding the Christmas Tree Elf, and listening to an electric storybook. Starboy knows that Elf on the Shelf is a fake-o toy elf that we move around. He knows it's plastic and doesn't really have magic. It's very interesting, since other animals and fairies are magical to him. I'm not sure I'll even bring it out next year. I'd rather have him focus on the magical stuff, and not have the plastic toys give him the idea that everything is so contrived.

We don't do a whole "thing" with the Elf, though I try to move him around each day. It's just for fun. 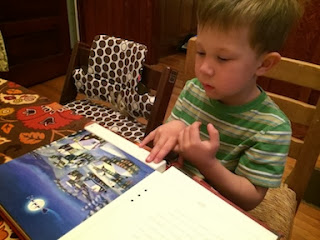 The book is "'Twas the Night Before Christmas," read by my dad (Grandpop), who's Back East. He picked it up at Hallmark and sent it a couple of years ago, and although it's a very goofy setup, it's also pretty cool. Better living through science, eh? Starboy is really into it, even though it's super loud with no volume control (he's covering the speaker in this back-focused shot)—which is exactly how my dad talks on the phone. 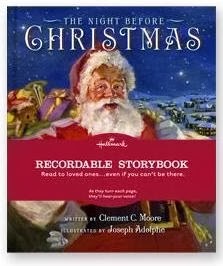