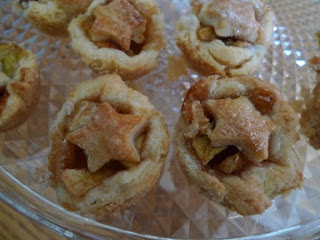 I know what you're thinking: What do you mean, "fail?" Those things look pretty good.
Well, hopefully you like crust. And crumbs. 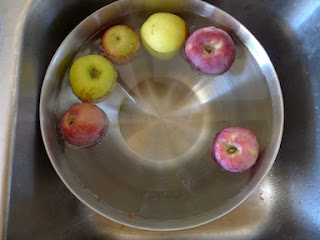 I saw these mini star pies in an Usborne kids' cookbook at a friend's house. With pies-on-the-brain, I thought, hey, those are cute! Let's try it. We have plenty of apples left from our orchard trip, and a box of ready-to-go crust.

Ugh. Do not recommend. 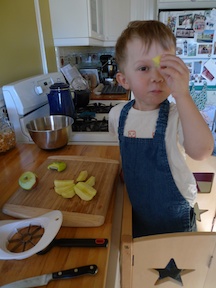 We started in the morning before the heat of the day. Starboy ate at least two pieces out of every apple we cut. Next time I'm making broccoli pie. 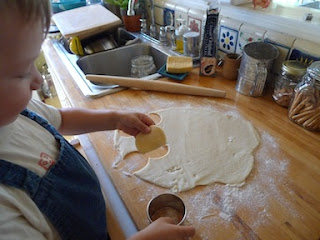 We used Trader Joe's pre-made frozen crust. It was again cracked, but we just healed the cracks and rolled it a bit, then cut out 3" circles for the greased mini-muffin tin. We filled the dough cups with my grandma's apple pie filling, taking care to chop the apples smaller so they would fit in the cups.

Starboy loved playing with the dough, by the way. At some point I want to make some empanadas. 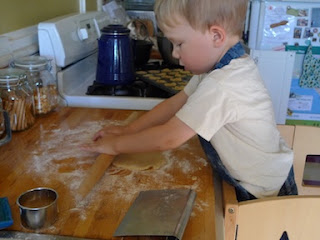 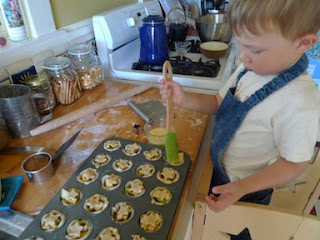 After the cups are filled, roll the rest of the crust to cut out shapes to place as a top crust. An egg wash makes the tops shiny and allows a sprinkling of sugar to stick. 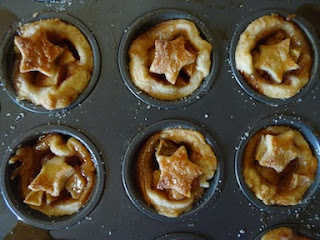 They look beautiful, right out of the oven, with that heavenly cinnamon aroma. I think it was about 20 minutes at 375˚. My oven is old and cheap. Your mileage may vary. 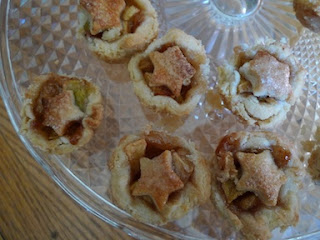 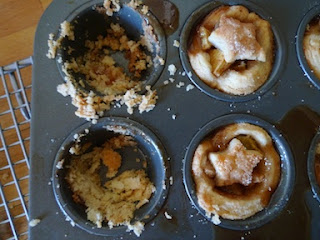 Until you look behind the scenes. Those things were murder to get out of the cups! I wish I'd used muffin papers! 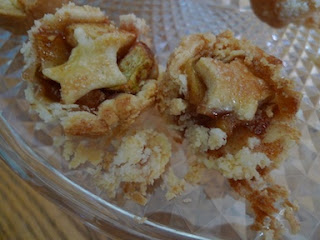 Did you notice in those other photos, I didn't show the whole platter? That's because most of the "pies" on there looked like this. At least a third of them were dumped into bowls and served with a spoon (ice cream would have helped, drat!). And the crust was so thick—I'd recommend rolling out the dough much more thinly than for a regular pie.

For the amount of effort put in, I'd rank this project about a three. Since Starboy spent the final half of the project licking white sugar off the counter and eating the syrup generated by macerating apples with a spoon, I think he'd be inclined to rank it more like a nine.

He pitched a fit when I cut him off at four muffin pies, and I promised him more for the following day. I figured: Let's do this at breakfast, so the sugar can wear off throughout the day. Sheesh, another fail. Bread and white sugar on an empty stomach, no protein—he was bratty all morning. Do not recommend.

I used the second half of the crust for hand pies, which came together much more quickly, neatly and easily. Techman and I can't complain about that batch. So you know which direction I'd steer you!