I utterly skipped St. Nicholas Day. (This story, btw, sounds a lot like the Lantern Prince story from Martinmas!) I decided Starboy was getting enough stimulation already, without the bearded red guy turning up early to put a coin in his shoe. Maybe when he's older we'll go into it a little more. I guess he'll get some chocolate gold coins in his stocking then, since I didn't use them today.

During a late stop at the library (in search of books for this project), I learned that they often have volunteer readers who hang out to read books to the kids. What a joy for Mama Starboy! He heard four stories before dinner. 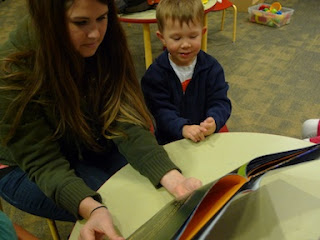 This was a much sweeter book than you'd think, by looking at the cover. Ten presents go to forest animals (Squirrel gets a tail warmer. Does Isotoner make those, do you suppose?), and the rhyming countdown actually offers some mathematic awareness.

The Big Snow
by Berta and Elmer Hader
A long, lovely tale about what the animals do in winter. Really lovely illustrations, a Caldecott winner in 1949. A great Waldorf book. 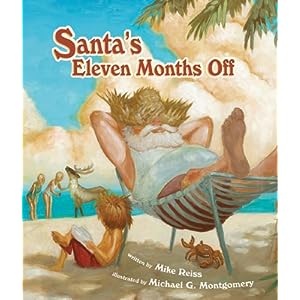 Santa's Eleven Months Off
by Mike Reiss and Michael Montgomery
Ick. Total cliché. Some other kid picked it. Dopey book with some cutesy rhymes.

I've decided that one of the bummers of this December advent strategy is that Autumn gets cut short by three weeks. All of this focus on snow and Santa takes away from my absolute favorite season of the year. Back east, fall is pretty much over, and we're even getting into some winter rains here in Los Angeles, but this is something I'm going to think about if we do the book project next year. Maybe the Twelve Days of Christmas would be a little more appropriate. Then I'd only lose a week of fall. But is it really Autumn after Thanksgiving, anyway, especially with the tree up? I'll need to mull this. 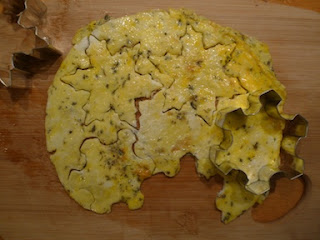 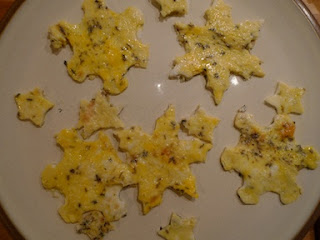 Then, for the bonus activity... 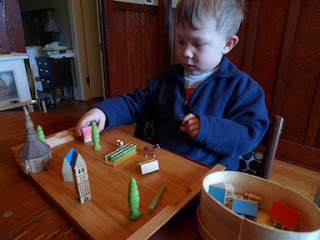 Starboy had a chance to play with my grandmother's wooden town, which she brought back from Germany. 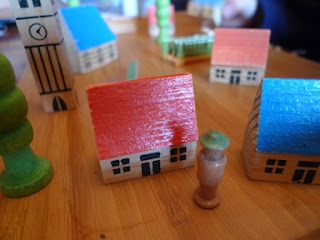 bug
I'd love to hear from you! eggjuicewithpep [a] hotmail.com