We're counting down to Christmas with a book and a winter / holiday activity every day. 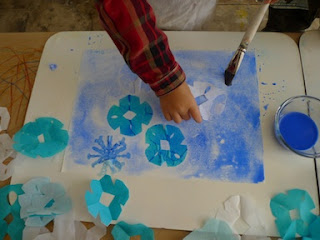 Today we got an assist in the activity from Miss Molly. I was saving this exact activity for another day, to pair with Snowflake Bentley, but as they say, great minds think alike. So instead we paired with another wonderful seasonal book:

Miss Molly, of course, told another story altogether, that was even more magical. She brings stories to life with "puppets," and, as Starboy says, she tells them "from her head." 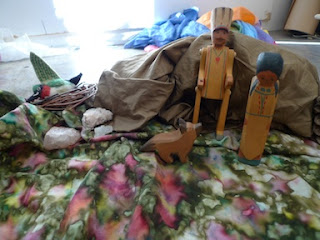 This one was about some Native Americans who lived in a land called South Dakota, where it was autumn, with their dog. 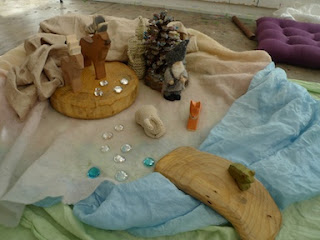 But across the river, it already had gotten cold. Ice crystals formed. The ground was covered with frost, and it was beginning to snow. 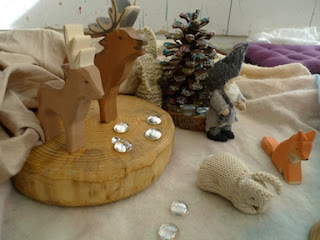 Mr. Frost, the oldest man alive, paid a visit, and brought some ice crystals with him. The woman from the fall land was amazed and stared at the beautiful land in wonderment, and then brought the news back to her husband. 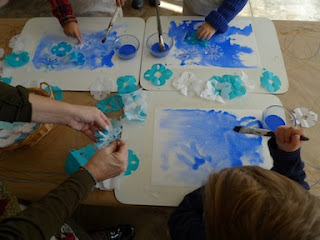 And then the children painted ice crystals, each picture as unique and beautiful as the next.

We spent the afternoon at Grandma and Grandpa's house, and Rye gave his cousins each an I-spy game. I finally made the contact sheets for the games so the kids can match pictures, and I'll update that post this weekend.